2018.07.28  Today we enjoyed our major excursion – to the ancient Roman Britain town of Aquae Sulis, now known as Bath.  The hot mineral springs there date back many thousands of years.  Legend holds that the British King Bladud discovered the springs in 836 B.C. and determined that they had curative qualities when his pigs wallowed in nearby mud and were cured of leprosy.  The Celts built a shrine there to honor their mother-goddess, Sulis.  When the Romans invaded Britain in the mid first century A.D. they built a temple and joining Minerva, their goddess of wisdom, to the Celtic deity, dedicated the temple to Sulis Minerva.  Over the next hundred years, the Romans added an elaborate bathing and spa complex. 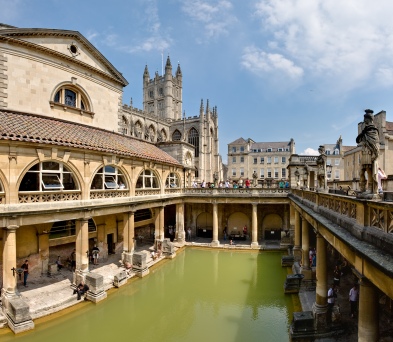 The baths themselves were fascinating, but no less so was the museum displaying artifacts illustrating all aspects of life in Roman Britain.  Like many other ancient cultures, theirs was surprisingly sophisticated —  from the engineering of the baths, to their tools, household goods,  art and clothing. Speaking of clothing, I was struck by how closely  of a pair of shoes in the exhibit resembled the pair on my feet that day: 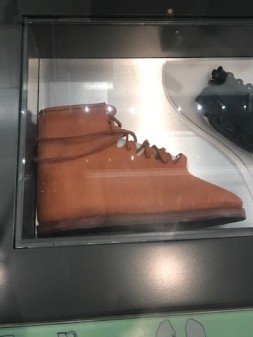 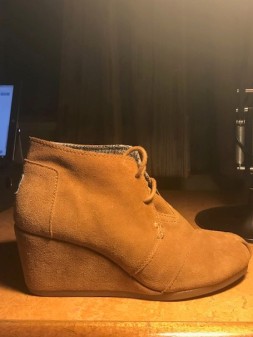 Besides the Roman baths, the major industry of Bath is Jane Austen.  She lived in the city for five years and as a result, there is a Jane Austen Center, a fashion museum, and signs on many of the buildings proclaiming that she had once lived there, or visited there, or at least walked by there.  Young women in period dress lead walking tours. They carry dual purpose parasols.  Held one way, the parasol shelters the guide from intermittent rain showers.  Held a different way, it can become a sign saying “Jane Austen Walking Tour.”  What the tour promoters won’t tell you, but one of our tutors did, is that Jane Austen actually hated Bath and could hardly wait to get away.

Jane Austen liked it or not, Bath is considered to be one of the most beautiful cities in England.  The sight of the magnificent Abbey took my breath away, and as soon as we finished our tour of the baths, my walking group hurried back to tour the inside. But the doors were locked.  It was closed for a wedding.  Ironically, it also appeared to be closed to guests. As we watched, a family wearing formal dress approached the locked door about 30 minutes before the posted start time.  One of their party was carrying a gift bag that said “Happily Ever After.” He knocked on the door. No response. I hope they got in.

Another stunning architectural feature is the Royal Crescent, thirty townhouses built in a semi-circle around a park. I’m guessing flats there don’t come cheap!

The highlight of my day, though, was when I bumped into Her Majesty!  Several of us popped into a flea market for a coffee and to dig through some piles of used books.  I rounded a corner and there she was!  Not sure why she was in tiara and sash for a trip to the flea market, but was it most gracious of her to pose with me!  As I posted to Instagram: You can beam me up now, Scotty. My life is complete! 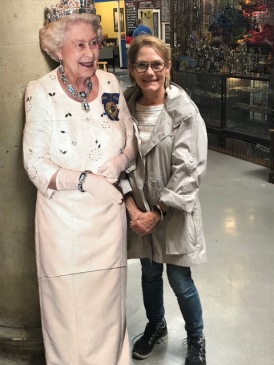